What are the differences between synthetic and regular oil?

Ah, the age-old question, what oil do I use, synthetic motor oil or conventional oil?  I’m asked often, does my car need synthetic oil? Let’s see if we can make this clear as a fresh new oil change.  To understand this better, lets first look at the difference between synthetic and conventional oil.

Conventional Oil is derived from crude oil.  Crude Oil is that mucky stuff that comes from deep underground.  It’s the leftover of plants and animals from millions of years ago.  Mainly consisting of hydrocarbons, it is molecules of carbon and hydrogen. Also, in the mix is nitrogen, sulphur and oxygen. If you had a gallon of crude oil, it is practically useless.  Refineries must heat the crude oil to various temperatures. At different temperatures, varying molecules break away (fractionate) from the crude oil. These fractionated hydrocarbons then form the base for different products that we use today, such as gasoline, kerosene, road tar, diesel fuel, propane gas, butane gas and motor oil. 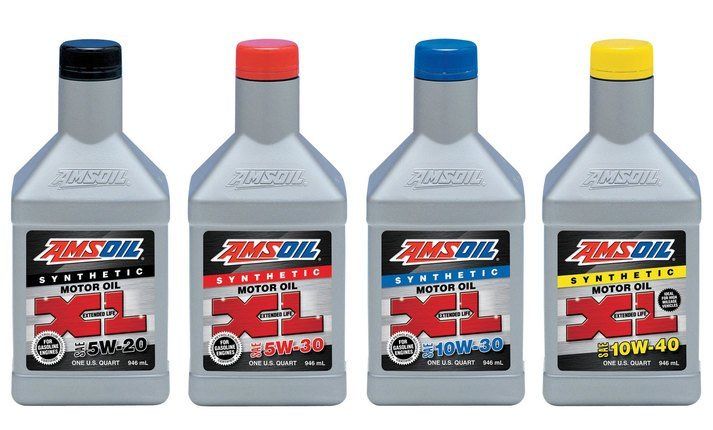 Conventional oil is made from the process of fractioning off the other products and the heavier crude is set aside to become the base of what we know as motor oil.  Conventional motor oil then gets a mix of additives to help it last longer and aid in keeping your engine running longer. The oil meets the specifications set by the American Petroleum Institute.

Often people will call conventional oil, regular oil because for many years all you could buy was regular oil. Now oils are much different and the science behind oil is highly advanced.

Synthetic Oil is the high-tech motor oil.  A highly engineered refining process is used.  Synthetic base stock is made several ways. For this article, we will talk about the petroleum based synthetic oil.

Let’s take that same “base stock” of conventional oil and look at it under a microscope. You will find molecules of other less desirable chemicals in the oil.  Throughout the oil, you would see a very different composition then the synthetic counterpart.  Manufacturing synthetic oil removes everything that does not serve a specific purpose.  It leaves just the molecules needed to do the job.  This process takes extra refining and science to create a finished product.

Refining removes all impurities to create the base stock for synthetic oil.  This creates a wonderful base to add additives too, lessening breakdown of the oil in high heat conditions, excellent pourability at low temperatures and the ability to keep an engine cleaner over a long period of time.

This extra science and refining to make synthetic oil also comes at a cost, which is why people often ask, synthetic oil vs regular oil?  The average synthetic oil change can be up to twice as expensive, but for very good reason. You know now that it costs more because of the science required to produce synthetic oil, but why spend the extra money?  Simply, the benefits of synthetic oil!

The advantages of synthetic oil are well documented.  Pioneers in the industry like Al Amatuzzio in 1972 realized that if jet aircraft engines spinning at very high rates of speed creating incredibly high heat conditions can only use synthetic oil, why can’t an automobile engine.  It was visionaries like Al Amatuzzio at Amsoil that brought you to the point of reading this article asking the question, synthetic oil vs conventional oil?

AAA reported in June of 2017, “Making an informed choice about oil changes just got easier, thanks to new research on the quality of engine oil.  AAA found that synthetic oil outperformed conventional oil by an average of nearly 50 percent in its independent evaluation, offering vehicles significantly better engine protection for only $5 more per month when following a factory-recommended oil change schedule. To protect vehicle engines, particularly those that operate in extreme conditions, AAA urges drivers to consider a switch to synthetic oil at their next oil change service.”

This well-respected organization asked the same questions you have and through independent research realized the quality and value to synthetic oil.

They went on to say, “AAA found that synthetic engine oils performed an average of 47 percent better than conventional oils in a variety of industry-standard tests.  With its superior resistance to deterioration, synthetic oil is particularly beneficial to newer vehicles with turbo-charged engines and for vehicles that frequently drive in stop-and-go traffic, tow heavy loads or operate in extreme hot or cold conditions.  While only a limited number of vehicles specifically require synthetic oil, all vehicles can benefit from using synthetic oil.  “While a manufacturer-approved conventional oil will not harm a vehicle’s engine, the extra $30 per oil change could actually save money in the long run by protecting critical engine components over time.”

Synthetic oil like Amsoil Synthetic Motor Oil has distinct advantages over its conventional oil grandparent.  It is superb at resisting breakdown in high heat conditions which prevents sludge from forming in engine oil passages.  Amsoil engineers products to improve fuel economy via extreme lubricity.  This reduces friction and makes it easier for the engine to work.  These properties allow a consumer to confidently extend the drain interval of an oil change which helps to save money over time.

In cold weather synthetic motor oil does not thicken as much as regular conventional oil.  Synthetic oil reaches those vital engine components faster. Amsoil has tested their oil in cold temperatures.  The Amsoil performs 36% easier and faster for cold starts as compared to conventional oil.

Another appealing advantage to synthetic oil is the benefit to the environment.  Synthetic oil is no less harmful to the environment then conventional oil; however, it can significantly reduce the amount of oil needed.  By extending the drain interval up to 3 times the mileage it would save anywhere between 15-24 quarts of oil per year. This is not just reduction in waste, but also the production of oil.  There are millions of vehicles on the road.  If they all used synthetic oil, it would save billions of barrels of oil from being produced and consumed.

Synthetic or conventional oil?  The choice is still yours to make, but I hope this article has enlightened you to the difference between conventional and synthetic oil.  Learn more about Amsoil Synthetic Motor Oil products.  Check out our other blogs on BuyGreatOil.com.